The SolarAktivHaus home near Heilbronn. The 15 sq m (10.5 kW) of solar thermal panels are clearly visible in the lower left roof section, with 62 sq m (9.4 kWp) of photovoltaic panels on the rest of the south-facing roof. An outdoor air-to-water heat pump stands to the right of the building. © KHB-Creativ Wohnbau/Marco Jens

Steinbeis experts turn their sights on the SolarAktivHausplus

To make a success of the transition to alternative energy and achieve climate protection goals it will be crucial for buildings to use efficient energy supplies, primarily generated through renewable sources. The most promising concepts at the moment are based on solar energy converted into thermal and photovoltaic power, primarily by combining this with other technologies such as heat pumps or biomass furnaces. Dr. Harald Drück and Dominik Bestenlehner of the Steinbeis Transfer Center for Solar and Thermal Technology (SWT) have been investigating one such housing concept as part of a project called SolSys, which is sponsored by the Federal Ministry of Economics and Technology. The name of the house: the SolarAktivHausplus.

Supplying buildings with energy both efficiently and sustainably requires concepts that make a significant contribution to the reduction of greenhouse gases. Not only does this affect how buildings are supplied with electricity, it also affects heating. There are a number of conceivable ways to do this. On the one hand, the energy efficiency of buildings can be improved. This can be achieved by optimizing building envelopes, fitting windows with triple glazing, using thermal insulation, improving air insulation, or – ideally – introducing several or all of these measures at the same time. Over and above building envelopes, a further important factor is the technology used within a building. This can include comparatively straightforward measures such as using energy-efficient household devices and lighting. The third important factor is the systems used to run a building, whereby the key question is: Where does the building draw its energy from?

As in other areas, a number of measures are required to enhance efficiency, although they are far from sufficient. A new, economical gas heater based on condensing boiler technology is one good way to cut greenhouse gases, especially compared to something like a 30-year-old oil heating system. But modern gas and oil heating systems still require fossil fuels, so they emit substances that contribute to environmental damage. Technologies are therefore needed that are based (as far as possible) entirely on renewable energy sources and thus emit no greenhouse gases at all. One way to do this is to use biomass as an energy source. This option offers limited potential, however, so using biomass to substitute all fossil fuels is not the right solution. This is where using the energy provided by the sun comes in, since it offers significant advantages when supplying buildings with energy. For example, using solar energy also produces zero carbon emissions, zero nitrogen oxides, and zero particulate matter.

There are already a number of potential solutions for using renewable energy in residential buildings. Some of these solutions use solar energy, either thermally by using solar collectors or electrically by using photovoltaic modules. These are supplemented by further energy sources such as biomass – typically in the form of logs, wood chips, or wood pellets – or fossil fuels such as gas or oil. The Sonnenhaus Institute (SHI) played a central role in developing the concept for the SolarAktivHaus, which was then scientifically tested and modified as part of a research project called HeizSolar, spearheaded by the Steinbeis Transfer Center for Solar and Thermal Energy in Stuttgart (SWT) and the Fraunhofer Institute for Solar Energy Research. The idea of the concept is to consistently supply as much thermal energy as possible to buildings through solar energy. The SolarAktivHaus therefore usually answers between 60 and 70 percent of heating requirements through solar energy with a minimum of 50 percent of heating covered by solar energy. This means that more than half of the energy required to heat the building and domestic water is supplied by the solar thermal energy system. Solar energy is thus no longer used to top up a conventional heating system – instead, it’s the other way round: Conventional heating sources are used to support the solar heating. Extending this concept of the SolarAktivHaus to its logical conclusion turns the idea of such a building into a SolarAktivHausplus: By adding the right technology, such as a photovoltaic system and a heat pump, it becomes possible to use solar energy to cover more than half of a building’s requirements, not just for the heating but also for electricity. That said, all elements within the system must be precisely coordinated to interact with one another using a smart control system. By carefully planning the share of each technology within the SolarAktivHausplus so that each element works efficiently and is matched to all the other elements, significant reductions in harmful greenhouse gases are possible.

RESULTS OF THE SOLSYS RESEARCH PROJECT

The aim of the SolSys initiative sponsored by the Federal Ministry of Economics and Technology is to analyze and optimize the solar energy supply systems used in residential buildings (the majority of heating and electricity requirements in these buildings should be covered by solar energy). As part of the project, detailed measurements and technical readings were taken in six SolarAktivHausplus buildings, two of which were supervised by experts at the Steinbeis Transfer Center for Solar and Thermal Technology. “It was found that the heating requirements of the building can be almost entirely covered by solar thermal energy for around six months of the year. In the winter months, the heat pump provides most of the heat required. But as this pump is mainly powered by electricity from the photovoltaic system, this also raises the total solar energy coverage,” says Harald Drück, summarizing the results.

A small wood-burning stove in the living room with a so-called water coil connected up to the room heating covers any remaining heating requirements. This stove can also be used by itself if the occupants simply want to enjoy a cozy evening by the fire, so it’s not just for heating requirements. The system was also fitted with an electric heating rod as a backup, but this was never actually used. A detailed analysis of electricity consumption showed similar results. For nine months of the year, the photovoltaic system can cover more than 50 percent of electricity requirements. For four of those months, solar electricity coverage was even as high as 70 to 80 percent. Even in the winter months, when there’s a sharp dip in solar energy and the electricity needed by the heat pump to heat the building is at its highest, solar electricity coverage levels of between 15 and 35 percent can be achieved.

Net electrical cumulative energy for the SolarAktivHausplus near Heilbronn in 2017/2018. The dark green columns show the monthly output of the photovoltaic units; the light green columns show the amount of this electricity that is used by the building itself. The relation between self-used and generated electricity is expressed as a “PV self-use ratio” (blue line on the diagram). The solar electricity coverage (green line) reflects the amount of electricity required by the building that is covered by the photovoltaic system. Note: Electricity fed into the public grid is not considered or “credited” in this calculation, because this electricity is used directly by other consumers and is not stored by the grid.

“We carried out the net energy balance calculations by taking readings every 10 minutes. Until now it’s been quite normal, albeit no longer the modern approach, to base net calculations on annual readings, for example to define standards for the EnergieEffizienzHausplus,” explains Dominik Bestenlehner, a scientist at the Steinbeis Transfer Center. Taking more detailed readings to calculate the net energy balance is important, however, in order to reflect the fact that the electricity grid has no ability to store energy, so electricity fed into the system is used immediately. As a result, electricity that is fed into the grid as excess photovoltaic energy in the summer cannot be taken out of the grid again in the winter. Instead, to cover electricity requirements in the winter, fossil fuel power stations have to be used. Calculating net values based on annual values therefore produces significantly lower equivalent carbon emission values than is actually the case.

Net cumulative solar energy coverage for the SolarAktivHausplus near Heilbronn in 2017/2018.
The calculation for solar thermal energy coverage looks on the one hand at the heating requirements of the building that are directly covered by solar thermal energy and, on the other, the heating requirements that are covered indirectly by the photovoltaic system in combination with a heat pump. As well as looking at the electricity consumption of the heat pump, the calculation of solar electricity coverage also includes household electricity consumption.

The results of the SolSys research project show that the SolarAktivHausplus buildings that were erected as single-family or apartment/multiple-family buildings are efficient and reliable, so they make an important contribution to achieving climate protection goals. Furthermore, it became clear that building occupants can have a major influence on the efficiency of the overall system, and the same applies to ensuring as much use as possible is made of sunlight in the winter. As a rule, a SolarAktivHausplus home is extremely comfortable to live in and the premium, sustainable building materials also make a contribution to healthy living.

There are already a whole host of ways to supply buildings with sustainable and efficient energy and thus make an important contribution to the transition to alternative energy sources. These and similar buildings also offer occupants access to a highly secure supply of energy in the long term at a secure price. The most promising concepts at the moment are based on solar sources converted into thermal and photovoltaic energy, mainly by combining systems with other technologies such as heat pumps or biomass furnaces. Also, achieving the German federal government’s target of “zero carbon footprint buildings” by 2050 will only be possible by consistently introducing SolarAktivHausplus concepts to new and existing buildings. 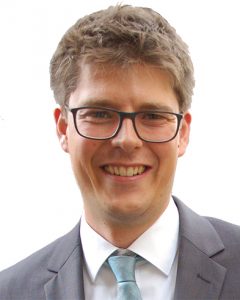