To avoid or at least reduce often undesirable immune responses to implants, an innovative system comprising chemical and biological components has been developed as part of an EU research project called IMMODGEL. The project was coordinated by Steinbeis 2i, which has also submitted a successful proposal to the EU for a follow-on project to evaluate the risks posed by biomaterials.

Patients with implants often experience side effects. Progress has now been made with implants used in dentistry and Head and Neck surgery thanks to an EU project called IMMODGEL, and developments will soon make their way into medical practice. The IMMODGEL project involved developing an innovative system comprising chemical (hydrogel) and biological components (immune system cells) for dental and laryngeal implants made of titanium. They have been designed to be highly adaptable so that they can be used for a variety of implants, medical devices, and transplants. A diagnostic test has also been developed comprising an “on-chip” system capable of predicting the immune responses of individual patients. Chemical and physical settings can be adjusted to avoid rejection, and for the first time implants can be adapted individually.

Working in collaboration with Protobios, a company from Estonia, the University of Heidelberg detected specific markers that can be used to describe the reactions of individuals to titanium. The results were used to work out the optimum combination of biomaterials and cytokines to inhibit inflammation. To exponentiate this effect, the University of Nottingham team analyzed the topography of surfaces and selected optimal microstructures for integrating into the final therapeutic solution. The other partners in the consortium helped improve the formulation of the gel and developed an adhesive layer that will keep the gel on the titanium surface. The consortium partners discovered unexpected antimicrobial properties in this layer, and this led to the submission of the first patent by Protip Medical and INSERM in the field of polypeptide and hyaluronic acid coatings. Two further patents were submitted before completion of the project and further submission is also planned. To derive benefit from the project results in the long term, the scientific coordinator is planning to found a startup in the fall of 2018. The firm will focus on the solutions and methods developed under the IMMODGEL project for suppressing immune responses to dental and laryngeal implants. American researchers spearheaded by Prof. Ali Khademhosseini at the Brigham and Women’s Hospital in Boston have developed a “Foreign Body Response on-a-chip” system, which can analyze reactions to titanium under conditions similar to in vivo testing.

The research findings offer major potential to develop an innovation that should not just reduce the scale and duration of inflammation caused by implants. It should also improve the healing process after their insertion. The project will thus help reduce the negative consequences of implants and the pain suffered by patients. It will also help cut associated medical costs in Europe. The IMMODGEL research into embedding macrophages has also established a favorable starting point for further research in this area, which has received little coverage in the specialist literature until now. The treatment approach developed under the project has been successfully trialed and validated in animal experiments, producing highly promising results.

The IMMODGEL project was completed in September 2017 with the support of the universities of Heidelberg, Nottingham and Strasbourg, the Brigham and Women’s Hospital (United States), and several SMEs, including Protip (France), Protobios (Estonia), and Contipro (Czech Republic). Steinbeis 2i acted as the coordinator of the project and was responsible for managing administrative and financial aspects. It also provided consortium partners with support on protecting intellectual property rights and disseminating project results.

At the same time, the project results are laying a foundation for a new Horizon 2020 research project called PANBioRA (Personalised and/or Generalised Integrated Biomaterial Risk Assessment, Grant Agreement No 760921). Five of the eight partners working on the IMMODGEL project are continuing their research into immune responses as part of the PANBioRA project. The project will last four years and is being funded by the European Commission under a Horizon 2020 programme looking at the “Development of a reliable methodology for better risk management of engineered biomaterials in Advanced Therapy Medicinal Products and/or Medical Devices”.

Biomaterials play an increasingly important role in medicine. They can be used in a variety of applications, ranging from implants, to bandage materials for covering wounds, and organ replacements. There are a number of different types of biomaterials on the market and they can be used for the same methods of treatment. But doctors find it difficult to decide which materials are best suited to which patients, primarily because each patient may react differently to the same biomaterials. Until now, there has been no suitable and sufficiently wide-ranging method for assessing the risk of using biomaterials. Since January 2018, Steinbeis 2i has been providing an administrative umbrella for the coordination of 17 partners from 11 European countries to work on a solution to this problem. The aim is to develop a method that can be applied to the standardized evaluation of biomaterials in order to assess intervention risks on several levels. With the new method, it will for the first time be possible to predict a patient’s reaction to a specific biomaterial before it is implanted. This will make it possible to minimize costs and improve health outcomes.

The method will be based on a module-based platform in order to analyze antibody reactions, cyto- and genotoxicity, systemic and local effects on tissue, and any impact on adjacent tissue (organ-on-a-chip). In addition, the end product will be supplemented with physical/chemical and biochemical experiments, as well as prediction models on a system level. This should be achieved by linking test modules and risk radar instruments alongside a biomechanical testing system. One of the biggest challenges with the project lies in integrating different types of analytical technologies in a single system. As a result, one of the most important tasks at the beginning of the project was to establish user needs for the integrated PANBioRA system. The consortium is working on a multidisciplinary level and is made up of SMEs, scientific research organizations, hospitals, and technology transfer experts – once again underlining the complexity of the innovative initiative.

Besides Steinbeis 2i two further Steinbeis enterprises are involved in PANBioRA. Steinbeis Advanced Risk Technologies GmbH (R-Tech) will identify and evaluate needs, priorities, expectations and capacities of stakeholders with respect to the development and use of an integrated risk governance framework for biomaterials.

Steinbeis Advanced Risk Technologies Institute doo Kragujevac (SARTIK), a branch of R-Tech, is responsible for the multi-scale modelling part applied to biomaterials and will develop models for the assessment of data deriving from the integrated systems.

Both the IMMODGEL initiative and the PANBioRAIMM project point the way for future research and development work in the field of personalized medicine. Minimizing implant rejection and carrying out a comprehensive assessment of biomaterials opens the door to efficient treatment options, which will also save time and money. This will reduce the incidence of complications; this in turn will improve clinical outcomes and help minimize healthcare expenditures in the long term. In addition, the initiative will establish new procedural standards for evaluating biomaterials and make this approach to treatment accessible to a broader group of patients. 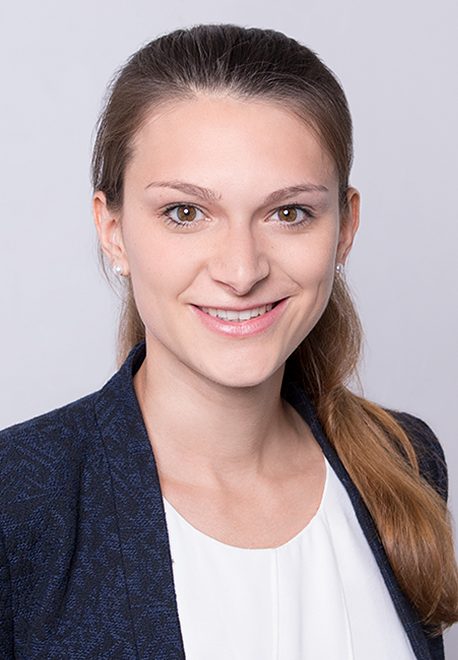 Melanie Ungemach is an employee of Steinbeis 2i GmbH. Steinbeis 2i works in the field of innovation and internationalization and is a partner in the Enterprise Europe Network of the European Commission, which currently involves 600 partner organizations in over 50 countries. The aim of the network is to provide support to companies on all issues relating to business in Europe, innovation, research, and technology transfer. It also helps firms exploit the findings of European research. Steinbeis 2i is a partner in the Baden-Wuerttemberg consortium and works in collaboration with the craft industry association Handwerk International, bw-i, the Ministry for Economic Affairs, and six chambers of industry and commerce.

PANBioRA announces recent project results, scientific publications, and its participation in events through social media on Twitter https://twitter.com/panbiora, Facebook and LinkedIn. It also makes announcements on its project website.