Professor Dr. Ulrich Schraermeyer talked to TRANSFER magazine about current developments in the treatment of age-related macular degeneration and his fascination with electron microscopes and the potential they offer.

Hello Professor Schraermeyer. Our eyes are a miracle of nature but as we get older our eyesight starts to fade. You’re hot on the trail of new active ingredients for treating degenerative diseases such as age-related macular degeneration (AMD). What is the current state of research?

We’ve developed a drug called Remofuscin for treating dry macular degeneration. It can remove lipofuscin and it’s expected to be in hospital use this year once the EU has provided funds for a clinical study. Initially it will be used for patients with Stargardt disease. As soon as we have positive results from this trial, which I’m assuming we will, the investors will be lined up to fund a trial with patients suffering from dry macular degeneration.

You place a strong emphasis in your research on electron microscopes. Why is this instrument so important to you?

Electron microscopes are so important to me because they’re the only devices capable of making subcellular structures visible. You just need to think about the fact that most known cell organelles were discovered with an electron microscope. I don’t think everything has been discovered yet, and with the help of electron microscopes new organelles will be found. Scientific developments have been going in the direction of molecular biology for around 40 years now, and they’ve resulted in so many new insights. But at the same time, development of routine electron microscopy has started to stagnate or it’s even come to a complete standstill. It’s different with cryogenic electron microscopy, but that’s only suitable for certain types of issues (such as understanding protein structures). The classic disciplines of electron microscopy such as pathology, anatomy, and cell biology have basically withdrawn into the sidelines. Most young anatomy specialists or pathologists are no longer able to assess ultrastructural images these days. The consequences of this trend are that we no longer have access to the technical and scientific staff we need to carry out electron microscope work. This means there is a huge opportunity for electron microscopy in the future and it will undergo a renaissance. Forty years of molecular biology research and the findings it has produced have not been processed with respect to the ultrastructure, so this now provides us with different insights into new details compared to 40 years ago. Combining ultrastructural and molecular biology analysis would be ideal for gaining new insights. But not much has happened really, except for tomography.

I’d like to demonstrate what I mean with an example. The fovea is a tiny area on the retina of the eye measuring around 1.5 millimeters in diameter. It’s tremendously important, because it’s the only place where there are enough photoreceptors for us to see properly and do things like read. The last high-quality electron microscopic examinations of the fovea were performed around 40 years ago. But within the fovea there’s an even smaller area called the foveola. It has a diameter measuring only 0.35 millimeters. Actually, we wouldn’t have any eyesight without the foveola. Yet despite their importance for our eyesight, the first important anatomical details of the foveola were only published this year – by my research group – and none of this would have been discovered without electron microscopy (Tschulakow et al., 2018).

There’s still so much to discover with electron microscopy – and it goes on and on. Imagine there’s an organism being treated with a new drug. Very often, treatment will have an influence on the subcellular ultrastructure and when researchers try to analyze such treated tissues, usually it’s new territory for them. Their observations are fascinating but it’s difficult to share them. But such changes make it possible to draw conclusions regarding mechanisms and effects, and often it’s not so easy to learn these things from other methods. The amount of information contained in an ultra-thin section can be phenomenal. Just one ultra-thin square section with a 1 millimeter edge can be magnified 20,000 times to a length of 20 meters and an area of 400 square meters. For this reason alone it’s obvious that not all ultrastructural details can be known yet, although that’s what’s sometimes claimed. I’m still fascinated by electron microscopy because of its enormous potential to discover new things.

Your Steinbeis Transfer Center OcuTox is specialized in experimental vitreous and retinal surgery. What kind of issues is it currently working on?

Many eye diseases – such as retinal vein thrombosis, macular degeneration, diabetic retinopathy, or optic neuropathy – are also caused by a reduction in retinal or choroidal blood flow, and as a result of this the oxygen partial pressure can drop sharply, so that retinal cells die. This can quickly lead to blindness. There is no known treatment for rapidly restoring the partial pressure of oxygen to physiological levels. When oxygen is introduced through a catheter into the retro-orbital region, it diffuses into the retina and increases the partial pressure so that the retinal cells can survive longer even though the retinal blood flow is completely or partially blocked. In retinal vein thrombosis, for example, this approach buys time until the vessels are supplied with blood again, so it enables the photo-receptors to survive. We’ve developed a device that makes it possible to regulate the retinal oxygen partial pressure to physiological values by introducing oxygen into the retro-orbital region. The Steinbeis Transfer Center OcuTox is currently developing a prototype as a proof of concept with the aim of preventing blindness after retinal venous thrombosis. Investors and collaboration partners are still being sought for further clinical development of the new device.

Finally Professor Schraermeyer, what developments do you expect to see in ophthalmology over the next decade?

I believe that the future of AMD research lies in understanding the function of pigments in the retinal pigment epithelium (RPE): melanin, lipofuscin, and melanolipofuscin. Melanin plays a crucial role as a pigment in providing protection against oxidative stress, which the pigment epithelium is strongly exposed to. It is also important for the lysosomal detoxification of bisretinoids and other toxic metabolites. The other pigments, melanolipofuscin and lipofuscin, increase stress in the pigment cells, among other things through activation of the complement system. Research into age-related retinal degeneration will be dominated by attempts to answer the question of how to reduce or remove lipofuscin content in RPE cells, and this will result in new therapeutic options. Another research topic in the future will be understanding the interactions between the retinal pigment epithelium and the unique endothelium of the choriocapillaris, which recedes in dry AMD or begins to proliferate in wet AMD. Understanding the factors that flick the switch will be crucial for future therapeutic developments. It’s already possible to influence the balance between pro- and anti-angiogenic factors, without or in combination with anti-VEGF therapeutics – and to do this in such a way that the vascular leaks are closed, simultaneously avoiding undesirable atrophy effects. These are the kinds of treatment options we’re working on. Getting them into the hospital is basically a financial issue. It’s important in gene therapy to understand how and where viral vectors gain access to the target cells and how new genes are integrated into the genome. How this works with photoreceptors is still not understood to this day. 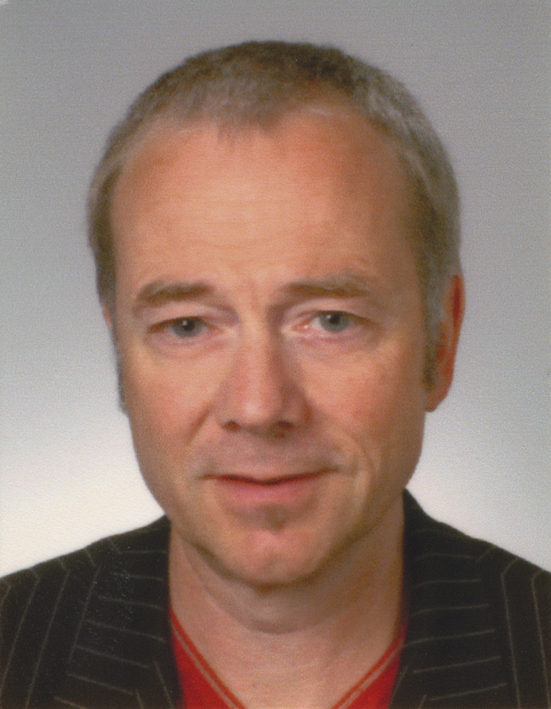