An award-winning team from Pforzheim looks back – and forward

The experts at the Steinbeis Transfer Center for Production and Organization developed a new welding technique in collaboration with Stadtmüller GmbH. Based on laser technology, the solution makes it possible to weld complete touch protection gratings in a single process, an innovation that was honored with the Steinbeis Foundation Transfer Award – the Löhn Award – in 2010. The Steinbeis expert Prof. Dr.-Ing. Herbert Emmerich describes how things went for the Steinbeis Enterprise after the award and the current status of its collaboration with the project partner.

Winning the award and gaining acknowledgement for the project results was an important milestone for the Steinbeis Transfer Center for Production and Organization, as it was for its client Stadtmüller, for both the Steinbeis Foundation Transfer Award – the Löhn Award – was a highlight to look back on in 2010. The project results were published under the somewhat wordy title “A Novel Laser-Welding Procedure for Rotationally Symmetrical Components.” The publication was the result of a long-standing, close, and intense collaboration with the client, and after the award the partnership grew even stronger such that it is still going strong today.

One particularly positive aspect was that several projects were initiated after the award and publication, and even if they involved different technologies they did (and still do) relate to similar markets and the same competitive environment. The starting point for projects often has something to do with optimizing or safeguarding competitiveness, especially in terms of business operations. The tools that are used, which are well known and can be combined with the wealth of experience and expert knowledge of the Steinbeis specialists involved, always provide a foundation for making product development processes, production systems, logistics, and delivery processes leaner and thus better. The optimizations are not enough to hold one’s ground against stiff competition in the medium term, however. In an industrial environment, it’s particularly important to come up with technological innovations because they differentiate a firm from its competition and thus safeguard the required competitive advantage.

A crucial part of any development program is therefore to identify technology early and make it accessible. To successfully introduce such technologies internally, it’s important that innovations are properly developed and prepared for full-scale production. They also need to be matched to technical and organizational procedures. Introducing a new technology almost always requires significant redevelopment by the people working in technical areas of a business, especially if a technology was previously unknown or is not yet being used by the company. It may even entail completely rethinking previous systems and work processes. The areas of a business that are mainly affected by this are product design, process and work planning, and operating material design – or purely operational areas such as tool construction and maintenance. Changes are partly of an organizational nature, and they can only be implemented with the right background and strong technical skills. This know-how is also required as a basis for introducing new technologies efficiently in order to make them an effective part of value creation such that processes remain stable and availability remains high. From a financial standpoint, it’s important to conduct an economic risk assessment even before the planned introduction of new technologies or processes. Not only do the financial and technical risks have to be assessed, resources have to be determined, especially in terms of personnel planning. Also, a step-by-step implementation schedule will be needed. One obstacle that often has to be overcome is the bottleneck caused by hiring skilled workers. As a rule, new processes and technologies will tend to be significantly more automated, not just in terms of material flows but also when it comes to information flows and how information is processed. For example, converting or translating product data (CAD data) into process data – thus immediately making sequence programs available for corresponding production systems – is already considered standard practice (CAD-CAM coupling). There is a direct link between this technology shift and changes in the specific training required by people involved in these processes. Due to the current economic situation, skilled specialists with the right backgrounds are not simply “available for immediate hiring” and as a result, in the future it will be increasingly important to be in a position to provide employee training and education in house.

FEM calculations used as a basis for stress testing

This was also the situation facing Stadtmüller, where technological and organizational change was an ongoing, or more or less permanent process. Only a few years ago, the workstations used by operators produced protective gratings for ventilation and air conditioning companies with relatively few automation options, but step by step hi-tech solutions had entered the process. The company used to produce its gratings with traditional resistance welding and metal active gas (MAG) technology. It now has its own patented laser welding process, developed specially in house. Specialists design and plan products with the customer in such a way that they are already suitable for production and processes. Stress testing is carried out before signing off samples, mainly using FEM technology, and approvals are coordinated with the customer. The quality of products is mainly guaranteed by optimizing pre-production of the required components using smart fixture concepts. The setup process for this is planned digitally and the time taken to rig each setup has been cut drastically by using special online programs and running simulations to compare setups with past processes. Even the physical setup process, which used to be entirely manual, is now automated thanks to mathematical algorithms and artificial intelligence.

In keeping with rapid advancements in terms of the technology options now open to companies, firms involved in development and manufacturing can expect some highly innovative fields to open up in the future and this will help secure their competitiveness. It is important to identify these new areas – as a classic task of technology and innovation management – and each area should be evaluated and carefully introduced to the company, in keeping with a strategy that has been matched to requirements and capabilities. 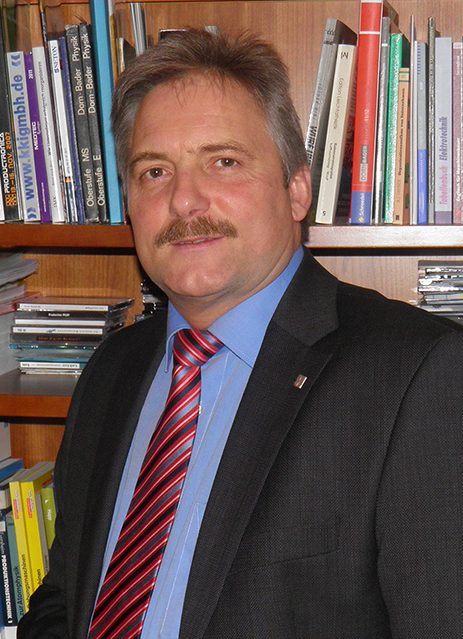 Professor Dr.-Ing. Herbert Emmerich is the director of the Steinbeis Transfer Center for Production and Organization at Pforzheim University. The main areas of activity of his Steinbeis Enterprise are business organization and management, production and work planning, productivity management, handling and assembly technology, and product development.