Setup of a Micro Testbed

Practical examples from retailing, the manual trades, service providers, and tooling and mold-making

Digitalization is leading to a variety of changes in industrial processes, resulting in new kinds of service. This is also bringing about changes in industrial value creation that extend far beyond the actual production process. Small and medium-sized businesses are particularly likely to be highly specialized and as a result, they may have limited resources – meaning they will have to redefine their role in the changing value chain. This is where a Micro Testbed initiative comes in. The project is being organized by the Ferdinand-Steinbeis-Institute and the Steinbeis Digital Business Consortium with support from the Baden-Wuerttemberg Ministry for the Economy, Employment, and Housing.

In an era of digital technology, SMEs will have to learn how to organize interdisciplinary projects involving several companies without losing their independence. Many SMEs in retailing, the manual trades, and service provision have regularly attended talks and roadshow events to find out more about digital solutions, and they still do. But many firms still struggle when it comes to actually implementing what they have learned within their own business or entering into collaboration with other companies. The problem is, until now there has not been much support for them. This has been recognized by the Ferdinand-Steinbeis-Institute (FSTI) and the Steinbeis Digital Business Consortium, who have now prepared themselves to help SMEs thanks to the Micro Testbed program.

A feature of Micro Testbeds is that between three and five SMEs work together in partnership on a cross-sector basis in a “Forum of Trust” under the supervision of a neutral moderator. Together, they experiment with different value creation scenarios in a real business setting. The aim is to learn about pragmatic implementation options as quickly as possible, explore the benefit they would deliver for all parties, implement ideas, and learn about them together. A Micro Testbed can be expected to produce first results after six to twelve months. This approach allows for interdisciplinary collaboration, and using existing technology makes it possible for new products and services in the field of digital solutions and networks to be developed. A further aim with this approach is to add value that transcends different areas as part of a networked ecosystem. This should make it possible to build sustainable ecosystems for SMEs and companies in the manual trades.

Every micro testbed has at least one moderator, whose job is to facilitate discussion (by asking the participants questions) and moderate teams as they come up with possible solutions. One or two of the moderators may be experts from the industry or a scientist. The moderators raise issues, show possible ways forward based on other sectors of industry, point to different technologies that are already in use, etc. The scientific supervisors at the Ferdinand-Steinbeis-Institute work as observers and analyze people’s actions in the group and the flow of conversation in order to develop instructions for key actions that need to be taken. In the first round of the Micro Testbed project initially sponsored by the Baden-Wuerttemberg Ministry of Economic Affairs, Labour, and Housing, four sectors of industry were looked at: retailing, the manual trades, services, and tooling and mold-making. The main emphasis in each individual sector of industry lay in the blend of micro testbed members and choosing the issues to be looked at together. This was based on issues companies currently face with digital solutions.

The Retailing Micro Testbed worked up a virtual shop, which is connected up to all supplier shops, a bit like an “extended shop shelf.” The aim was to try out whether goods in stock could be delivered together to different shops through some sort of digital process. This would allow individual retailers to access goods not currently available in their outlets, so it would enable retailers to fulfill customer wishes at short notice even before goods are ordered online.

The Services Micro Testbed produced a simplified track-and-trace solution for clocking in, monitoring work, and documentation. The aim was to make the various processes of the companies involved in the Micro Testbed (cleaning, janitor services, catering, repair services) transparent and understandable for customers by using simple digital tools. The companies involved in the Micro Testbed came from a variety of fields, but they soon realized that they all face the same issues and there are already some simple digital solutions to their problems, which just needed integrating into their processes.

With the Manual Trade Micro Testbed, work initially concentrated on building information modeling (BIM). The testbed members ascertained that collaboration at different stages of the value chain – between architects, planners, and manual craftsmen – was still not working properly. The main obstacles were identified as the interfaces, integrated processes, a uniform way of talking about things, etc. Another area looked at was data glasses for monitoring and quality control purposes in different types of manual crafts.

The Tooling and Mold-making Micro Testbed looked at the topic of additive manufacturing and examined associated changes in processes and the value creation it entails, also drawing on a specific example. What’s the best way to produce spare parts based on existing drawings in a batch size of one? For instance, how could an old door handle, for which there is no longer any documentation, be manufactured using additive methods so that it is exactly like the original? The team looked at all of the required techniques and processes, which were then applied to a series of specific tasks.

All of the four projects showed that the approach being used by the Ferdinand-Steinbeis-Institute – of using Micro Testbeds to show firms the challenges faced with digital solutions and working with the companies to come up with actual solutions – is worth every effort. Many of the firms working on the projects saw for the first time how to think in terms of business capabilities and ecosystems. They also gained insights into how solutions can be developed in partnership with other mediumsized companies. The aim of the FSTI in observing the Micro Testbeds from a scientific standpoint was to gain insights into value creation in business networks. The first phase of the projects allowed the experts to understand the challenges faced by companies and the challenges faced when running projects. The findings will now be assessed and used to optimize the Micro Testbed method. The results produced by the projects have motivated the Baden-Wuerttemberg Ministry of Economic Affairs, Labour, and Housing to initiate further projects as part of its digital solutions program. Potential areas of improvement in modeling business capabilities or experimenting with proofs of concept are currently being transferred to eight live Micro Testbed projects, all of which last from 2017 to 2019. To do this, further areas have been identified for showing more SMEs the new business potential offered by digital transformation and networking. In addition, one aim is to develop methods that can work independently of different fields and enable these to be applied to a spectrum of areas.

Daniel Burkhardt has been a scientific assistant at the Ferdinand-Steinbeis- Institute, a research institution for digital solutions and networking at the Steinbeis Foundation, since June 2017. The focus of his work lies in project implementation and research in the field of distributed ledger (blockchain and the industrial internet of things). His current projects revolve around business model innovation and delivery, IT service architecture, business processes, and emerging technologies. 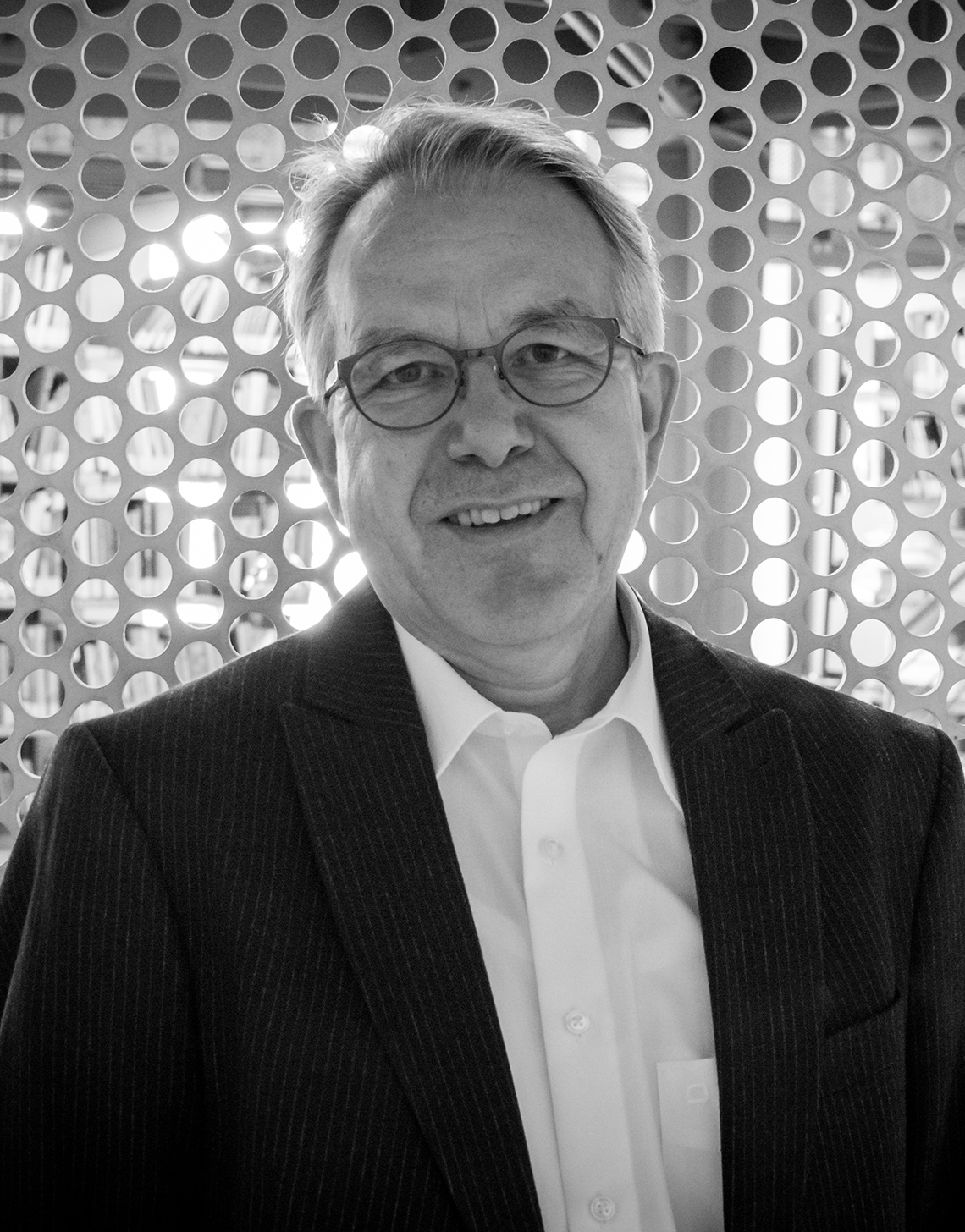 Peter Wittmann has been a project manager at the Ferdinand-Steinbeis-Institute (FSTI), which belongs to the Steinbeis Foundation, since January 2016 and since December 2017 he has worked as a project manager for the Steinbeis Digital Business Consortium. An engineering and computer science graduate by background, Wittmann has worked as a board chairman assistant and then as an independent consultant for more than 30 years, primarily in the field of technology and innovation management at Steinbeis GmbH & Co. KG für Technologietransfer. He also has a wealth of experience in the field of technology-driven change processes within companies.