In urban environments, climate protection and the transition to alternative energy sources require new energy supply concepts. But what role can urban authorities and specific districts play in tangible terms? This was the issue looked at by the Stuttgart-based Steinbeis Innovation Center for Energy, Building and Solar Engineering (EGS) on behalf of the Federal Ministry for Economic Affairs and Energy and the Federal Ministry of Education and Research. Working in alliance with eleven other project partners, the EGS experts are developing a future-ready urban district concept for the energy transition. This is all part of an interdisciplinary research project in the “Neue Weststadt” (“New West Town”) district of Esslingen. The key technology for the project is called Power-to-Gas (P2G), which allows surplus “green” electricity to be converted into “green” hydrogen for use in fuel cell vehicles and industry as well as feed in the natural gas grid.

In an old railroad freight yard in Esslingen, a showcase urban district is springing up on an area of land measuring 100,000 square meters. The new district comprises around 500 apartments, office and commercial sites, and a new building owned by Esslingen University of Applied Sciences. One important cornerstone of achieving municipal environmental protection goals will be to ensure the district is climate-neutral. “The future inhabitants of “New West Town” are not the only ones who will benefit from the development of a zero carbon footprint urban district; all people living in Esslingen stand to benefit,” explains Dr. Jürgen Zieger, the City Lord Mayor.

A core component of the technologically innovative urban area is an energy supply concept developed by the Steinbeis Innovation Center EGS, which envisions a merging of different “sectors”: buildings (electricity, thermal energy, cooling), modern travel options (“mobility”), and industry. To achieve this, a digital information network – or smart grid – will be set up, comprising a network of electricity, natural gas, thermal energy, and ICT solutions, several distributed technical units within individual buildings, and in the middle of the district: an energy center.

At the heart of this energy center, there will be an electrolyzer (approx. output 1,000 kWel) that will transform surplus renewable electricity (local and trans-regional) into “green” hydrogen (power to gas, or P2G).

The “green hydrogen” this will generate (250 to 400 kg of H2 per day) will be used for an H2 filling station and an H2 drumming station for transportation and manufacturing purposes. It might also be feed into the existing natural gas network and make an important contribution to reducing the carbon footprint of the gas grid. If, at some point in the future, the urban district needs electricity from renewables (for example at night), the hydrogen can be converted back into electricity (gas to power, or G2P) through fuel cells or by a cogeneration plant. One impact of electrolyzers is that they can stabilize the network and as such, they are considered an important aspect of transforming the German national energy system into a virtually renewable energy supply – a key factor in achieving climate protection targets by 2050.

In addition to the goal of supplying more renewable energy through local photovoltaic electricity (around 1,600 kWp through PV panels on the building roofs), any waste heat generated by the electrolysis process will be feed into the local heating network. That way, it can also be used to satisfy heating demand from buildings, which will also improve overall efficiency. Bottom line, this will raise the efficiency of electrolyzers from around 55% (for hydrogen production) to approximately 90%.

By integrating battery storage units (overall capacity: roughly 1,500 kWh), surplus electricity generated by the photovoltaic units can be stored temporarily, thus raising the share of self-generated electricity used within the district. Another aim is to use the batteries to cover the charging requirements of electric cars at any time. They will also help connect vehicle charging and booking systems to allow them to function as a network. The plan is to link up individual technical components and the supply systems and thus set up a smart grid. There will also be a central energy management system to regulate and control energy flows.

The team has even developed its own simulation tool for networked urban areas, making it possible to assess the efficiency of interactions between innovative forms of technologies, especially the electrically controlled cogeneration unit power station and the electrolyzer.

The project team has also already identified a number of measures to involve users in the urban area. One example is a special app that allows tenants to quickly access information on energy patterns or electricity prices.

Scheme of hydrogen use from the energy centre © SIZ-EGS, Stuttgart

THE CHALLENGES OF PLANNING AND MARKETING

One particular challenge currently faced by the project team is planning the energy center, which is required under municipal construction guidelines to guarantee high living standards and make buildings pleasant to spend time in. The center will also have to be located underground. Hydrogen production is scheduled to start in late 2020. The system will be subject to a comprehensive series of safety checks and approval processes due to its urban location. This is also to ensure that the technology operates safely and complies with legal requirements. “It will be particularly important to quell prejudice regarding hydrogen. Acceptance from the different user groups and satisfaction among the citizens of Esslingen will be important for the success and transferability of the project,” highlights Prof. Dr.-Ing. Manfred Norbert Fisch, director of the EGS Steinbeis Innovation Center and co-founder of Green Hydrogen Esslingen (GHE). Founded in March 2019, GHE’s other shareholders are Polarstern from Munich and the municipal utility of Esslingen. The role of GHE is to finance and operate the energy center with an electrolyzer, battery, cogeneration unit and hydrogen store as well as the PV-plants at the building roofs. The company will also sell and distribute “green” hydrogen, electricity from the photovoltaic units on buildings and the cogeneration power station, and waste heat from the electrolyzer and H2 power station (converted back into electricity).

To do this, the experts will first of all have to create a market for selling “green” hydrogen. A parallel aim of the pilot project is to encourage others to set up hydrogen and fuel cell systems in Germany, and talks are already underway with potential end customers such as municipal transportation companies, manufacturers, and car fleet operators.

At a glance: The “Neue Weststadt” district in Esslingen

The Federal Government’s aim is for buildings to achieve a zero carbon footprint by 2050. To drive this transition to alternative energy sources through “research, development, and demonstration,” in 2016 the Ministry of Economic Affairs and Energy and the Ministry of Education and Research issued an inter-departmental funding declaration on “Solar Construction/The Energy-Efficient City” alongside financing worth €150 million. Out of about 60 applicants, the “Neue Weststadt” Esslingen project was chosen as one of six beacon projects in Germany.

In total, around €23 million of the costs for the Esslingen project are eligible for funding. The financing given by the Federal Government provides the interdisciplinary team with funds of around €13 million to make a success out of the project and provide support. The project kicked off in November 2017. The Steinbeis Innovation Center for Energy, Building and Solar Engineering (EGS) is coordinating the project and has now been working on the site for five years to help implement the concept alongside eleven partners.

Its project, which goes by the name ES-West P2G, is an important element of the overall project in achieving climate protection goals in Germany and is certain to inspire a large number of copycat projects. 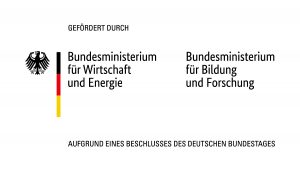