Life cycle assessment of building concepts, based on the example of an multi family apartment building © Steinbeis Transfer Center EGS

Climate protection is currently one of the most pressing issues facing politicians. Approximately 40% of carbon emissions in Germany are created by buildings. The Federal Government is striving to ensure existing buildings have a zero carbon footprint by 2050. But will the current requirements placed on residential buildings be sufficient to achieve this climate protection goal? And what defines a residential building with a zero carbon footprint anyway? These are the questions being looked at by the Stuttgart-based Steinbeis Transfer Center for Energy, Building and Solar Engineering as part of a study commissioned by the Federal Environmental Agency and the Federal Institute for Research on Building, Urban Affairs and Spatial Development.

The Federal Government has set itself a target of reducing greenhouse gases by 80 to 95 percent by the year 2050 compared to 1990. According to the government, the Energy Saying Ordinance (EnEV 2016), already fulfills low-energy building requirements laid down by the European Union. Draft legislation for the new building energy act will not therefore include tighter regulation. The average pro-capita emissions for German housing, travel, food and drink, other areas of consumption, and infrastructure currently stand at 9 tons of carbon dioxide per year (cf. Statista 2018). To meet the goal of limiting global warming to 2°C versus levels prior to industrialization, it will be necessary to cut annual pro-capita emissions to 2 tons of carbon dioxide by 2050 (cf. Rogelj 2011). For the housing sector, this means each person will still have an “allowance” of between 0.5 and 0.7 tons of carbon dioxide per year (cf. SIA 2011, ifeu). Taking the average amount of floor space used by each person living in an urban area as roughly 40 square meters, the estimated target for a carbon-neutral building would be the equivalent of between 12 and 17kg of carbon dioxide per square meter of living area per year.

As part of a study for the Federal Environmental Agency, a comprehensive assessment was made of typical buildings, both new and old, looking at different types of heating systems and energy sources. It showed that the target carbon emission levels could be achieved with technology already available today. However, a standard new apartment building adhering to the actual Energy Saying Ordinance (EnEV 2016) – with a gas boiler supported by solar thermal heating for hot water – creates 42 kg of carbon equivalent emissions per square meter of living area per year, so it would fall short of this target by a long way.

“NOT ONLY DID WE LOOK AT HOW BUILDINGS ARE OPERATED, AS USUAL; WE ALSO CONSIDERED THE OVERALL LIFE CYCLE OF BUILDINGS, INCLUDING HOUSEHOLD ELECTRICITY REQUIREMENTS AND EXPENDITURES ON CONSTRUCTION, MAINTENANCE, AND DISPOSAL – SO-CALLED GRAY ENERGY,” explains Dr.-Ing. Boris Mahler, director of the Steinbeis Transfer Center for Energy, Building and Solar Engineering.

Between 30 and 40 % of carbon emissions generated during the entire life cycle of buildings made with solid walls (bricks or concrete) stem from “grey energy” during construction. This share of emissions can be almost halved by constructing apartment buildings with resource-saving wood and timbers. “Combining wood construction, maximizing the use of solar panels on the roof, supplying heat through heat pumps and improving insulation to meet “KfW Effizienzhaus 55” already make it possible to construct a zero carbon footprint residential building right now,” highlights Simone Idler.

Life cycle assessment of building concepts, based on the example of an multi family apartment building © Steinbeis Transfer Center EGS

Most scenarios for 2050 assume an electricity mix for Germany with significantly lower carbon emissions. Even under such circumstances, there would be no change in the findings of the Steinbeis study. Effective, cost-efficient measures for achieving climate protection targets include using regenerative heating supplies from heat pumps, biomass, or environmentally friendly district heating, and combining this with distributed electricity supplied by solar and wind energy, a carefully insulated building envelope adhering to “KfW Effizienzhaus 55” (especially for new buildings), plus a resource-saving approach to construction using wood, lightweight materials, or hybrid methods – for new buildings or preservation by renovation of existing buildings. Over and beyond these building measures, it would also be necessary to decarbonize the energy infrastructure. 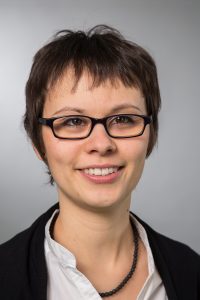 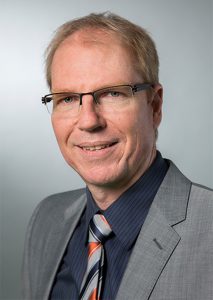