The wetlaid pilot line is the only one of its kind that is in operation at a university throughout Europe.

According to one definition, nonwoven materials are a wide layer or single layer of bonded fibers. So far, so good. In an interview with TRANSFER, Professor Dr.-Ing. Volker Jehle, director of the Steinbeis Transfer Center for Innovative Nonwoven Technology and a professor at the department of Textiles & Design at Reutlingen University, provided deeper insights into these materials and how they are actually produced. One thing that he made clear is that sustainability is not something that starts in production, but much earlier, when society forms its own attitude regarding consumption. The expert in wet-laid nonwovens also highlighted why thinking sustainable production through from start to finish enables us to understand why natural fibers are not necessarily superior to their chemical counterparts.

Hello Professor Jehle. Sustainability is becoming increasingly important as an issue. What impact is this having on the technology behind nonwovens?

If I may, I’d like to answer that by quoting Hubert Markl, the former president of the Max Planck Society, who said that sustainability sounds so natural, so biological, so environmental, and because it’s sufficiently unclear what it actually means, everyone can agree on it, from business and science to politics and church congresses. So what actually is sustainability when it comes to nonwoven technology? If we’re talking about this in the context of recycling, nonwoven technology has a major advantage, because it allows you to process short fibers. The reason that’s important is that stable fibers come in different lengths during recycling, which we have to put to good use again.

Sustainability can also entail more effective production, and this raises an important question: How can we save resources in production but also keep a lid on costs? Let’s take as an example producing things by using high-price raw materials consisting of fibers: A producer cannot afford any production waste in this area, because it automatically raises prices. A nonwoven material offers a whole range of advantages with this, whether it’s a wet-laid nonwoven or from fiber injection molding. The latter refers to a nonwoven technology whereby nonwovens are used to produce 3D designs with practically zero waste, so they’re sustainable and resource-saving. That helps reduce component costs and enhance marketability and market penetration.

The next important factor when it comes to sustainability is extending durability. The challenge and yardstick for us as developers is to extend the usable lifetime of a component or product. We’ve got to move on from the widespread use-and-throw-away mentality of today. Ideally we should ask ourselves how we’ll be able to recycle a part even before we produce it. For me, that’s the ultimate sustainability issue and it’s one of the biggest challenges facing nonwoven technology. Our goal has to be to keep components going for longer, to use them longer, and to then recycle them and put them to good use. But another thing that’s important is what happens after recycling – what do we do with the second recycling raw material? For me sustainability means thinking about issues beyond individual technology, so it’s a question I already pose during development – how will I take the product I’m about to make apart again, and how can I recycle it cleanly? How can I make something useful out of it again and more importantly, how can I extend its usage life? I say this because ultimate recycling is when I don’t have to recycle anything in the first place. But that’s counterproductive under current thinking, because consumption is supposed to be boosted so that people keep buying more. This is where a rethink is needed because we can’t keep going along the way we have until now.

Which factors are decisive for the sustainability of a nonwoven material? For example, is it enough to use recycled fibers in production or is it the actual manufacturing process that’s decisive?

I’d say both. The first thing that has to be ascertained is what properties the material should offer to fulfil its purpose as effectively as possible. Then we can look at the manufacturing process in terms of which properties would be achieved most effectively with which processes. So for example you can achieve certain properties with an energy-efficient production process, but it’s so complicated in terms of production technology that the product wouldn’t be accepted at the end for cost reasons. That would mean we’d have to mix things, and that’s the real challenge with nonwoven material production.

When you’re recycling things, the manufacturing process is also important, so you have to think about what you can make out of which fibers using which production process. This is where a wet-laid nonwoven line offers major advantages. Let’s take an example: recycling based on carbon fibers. This allows you to produce nonwovens by mechanically processing recycled carbon fiber composites. Because they’re recycled mechanically, there’s no major drain on energy so it’s relatively inexpensive. But unfortunately there’s still not enough attention being given to what’s supposed to happen after the actual product has been made out of recycled fibers. So for instance, glass fibers from recycled wind turbine blades are now used in concrete. Naturally, the concrete recycler then has to ask himself what he’s going to do with the glass fibers when he recycles the concrete. Coming back to your original question regarding how important the production process is, I’m convinced that the crucial factor is the interplay between the suitable production process and the anticipated product properties.

One point of emphasis in your work is wet-laid technology. What’s innovative, but also sustainable about this technology?

Wet-laid technology is my specialty. It offers a number of advantages over other manufacturing processes. Looking first at the process itself, you take fibers and you dissolve them in water. The water is then passed through a sieve and flows away, leaving the fibers in the sieve which are dried and become the finished nonwoven material. The water recirculates such that it is only lost through drying. If this sounds simple, it’s because it is. The first major advantage with this process is that the fibers are treated carefully. Water makes it possible to dissolve fibers extremely carefully. Fibers are often damaged anyway, especially if you use recycled fibers, but unlike dry nonwovens, with wet-laid nonwoven technology they’re not subjected to even more damage. With wet-laid nonwovens you also generate comparatively little waste and you can work with extremely delicate fibers, which isn’t possible with other nonwoven production processes. So we can produce extremely fine, thin nonwoven materials which are uniform and 0.1 to 0.2 millimeters thick.

It’s these fine nonwovens that offer major potential, one example of which are battery separators made from microglass fibers. The thinner they are, the more effective the battery can be made. So wet-laid nonwovens also play a key role in the highly topical area of electric vehicles. Or look at the student project we’re conducting with the German Aerospace Center (DLR). We’ve developed carbon fiber nonwovens for carbon ceramic brake pads with the aim of producing brake disks more economically. Not only are the nonwovens lighter, so as a result they reduce weight; they also don’t rust, so they last longer, and both of these factors are really important for electric vehicles. In addition, with some kinds of fiber composites we can use the wet-laid nonwovens produced from recycled fibers to save original raw materials by substituting certain layers with nonwovens. Naturally for safety reasons that doesn’t work with components subjected to high stress, such as aircraft wings, but there’s no reason why it won’t work in something like a car door.

A further advantage with wet-laid nonwovens is that we can work with extremely fine fibers down to the micrometer, for example in microglass. Presently, there is no other way to process such microscopic fibers. And the last, extremely important argument for using wet-laid nonwoven technology relates to processing problematic fibers which could pose a health risk. Take silicon carbide fibers or carbon fibers. If you process them in a dry state, a hazardous carbon dust is created. With wet-laid technology, the fibers are immediately bound in the water.

There’s also increasing demand for nonwoven materials made from natural renewable materials. What challenges does this development present?

Actually it’s not a recent development; they’ve been around since the mid-1990s. There’s no problem processing natural fibers. We already have the technology to do this. But I think there’s a big challenge here, especially when it comes to sustainability. We produce the nonwovens from natural fibers, but we require a matrix to produce a fiber composite component. However, most of these matrix systems are not biodegradable, so we’re back to the recycling problem again. A further problem lies in our demand for fibers: According to the latest figures we require 90 million tons of fibers worldwide, and that demand can’t be covered with natural fibers. If you then take the overall life cycle assessment into account – water consumption, arable land, etc. – natural fibers don’t look that good after all. So we can’t manage without those “nasty” synthetic fibers and are forced to focus on the biggest problem: microplastics. The challenge is to produce the polyester fiber in such a way that it can be made biodegradable without compromising in terms of the required performance. To solve this problem, we have to look beyond the end of our noses. But I’m certain we’ll manage this, because for me that’s precisely what research is all about: finding solutions! Steinbeis has a strong instrument for this – its Transfer Centers. I believe that the connections between Steinbeis and university research should be intensified, and I can only recommend that professors set up their own Steinbeis Enterprise, especially because of the links to industry. We sometimes lose this contact in university research and disappear into “ivory-tower research.” Of course fundamental research is important, extremely important, but we also need applied research. We need to enter into dialogue with industry to find out what’s needed in business, or to show firms our research findings and see how they can be used in industry. For me, that’s why the Steinbeis Transfer Centers are such an important instrument in making a success out of this, to the benefit of all parties. 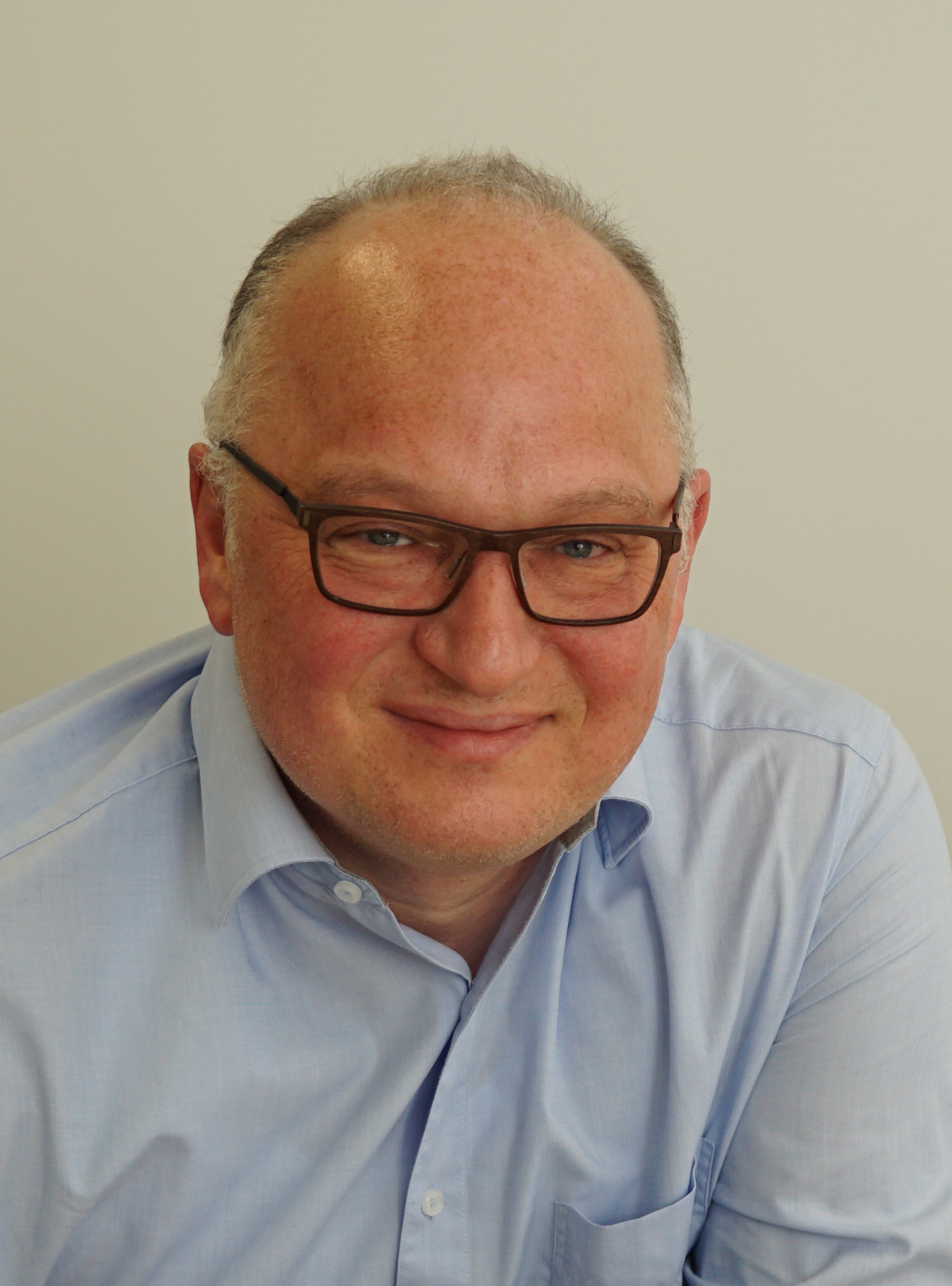